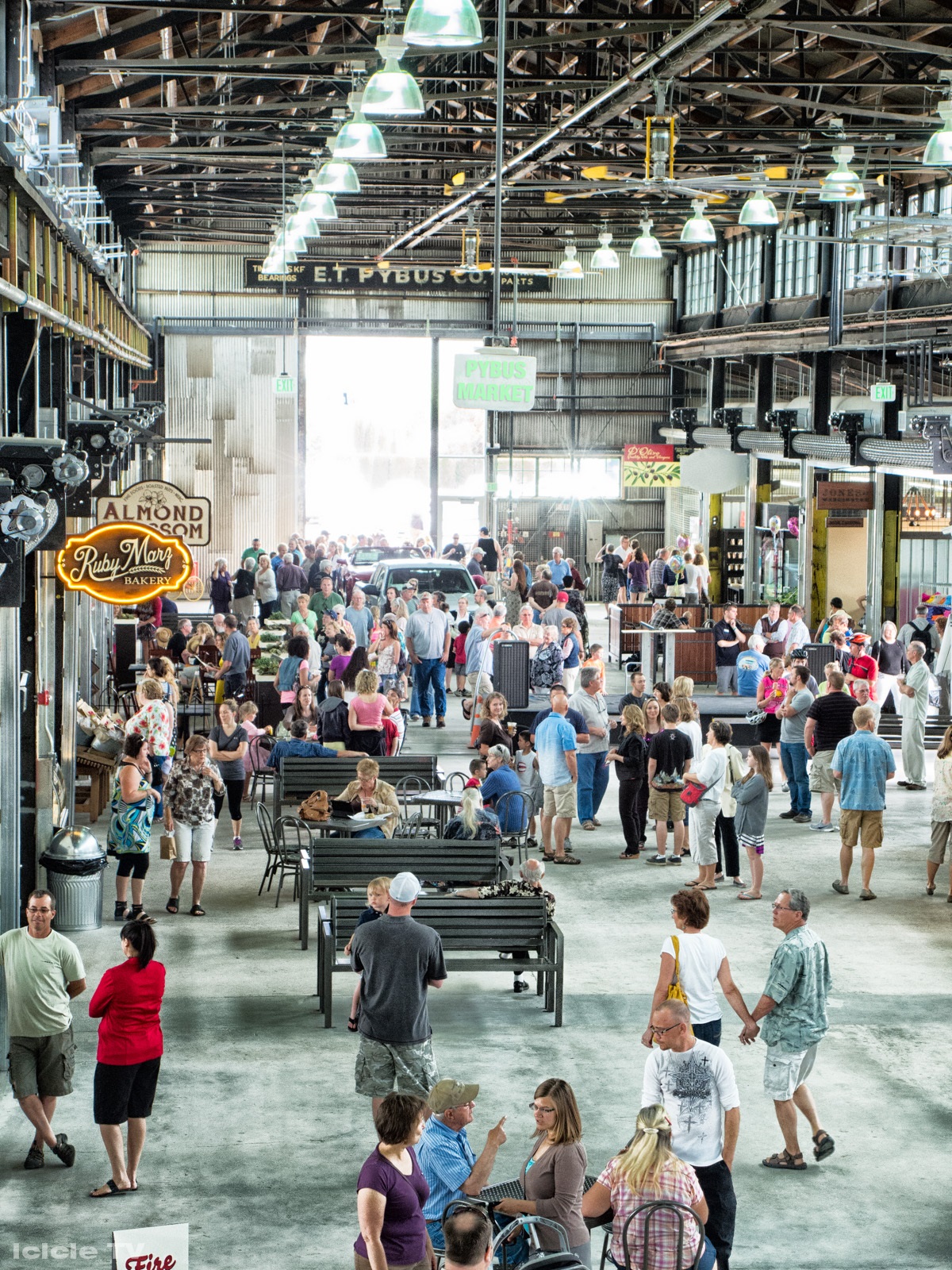 A 4 minute video on the day in the life at Pybus Public Market is now released and available for viewing on the Pybus Market web site, http://www.pybuspublicmarket.org/The film has been 1 year in the works. It showcases the experience of Pybus Market, over the course of a day. It presents a rare and unique perspective, unseen by the everyday visitor. The film is narrated by Mike Walker, who with his wife, JoAnn, are the primary private sector benefactors that renovated the historic 1946 steel warehouse.“Most people who visit Pybus Market for the first time describe Pybus as a unique and inviting space with a warm, comforting feel,” said videographer Charley Voorhis. “I hope the film captures the sense that Pybus has an amazing energy.” added Voorhis. “The building has an interesting past with an exciting future,” said Voorhis."Charley Voorhis is a master storyteller and this film is no exception, capturing the essence of Pybus Market, said Mike and JoAnn Walker. "We hope others find it as satisfying as we do," added Walkers.The film release follows on the heels of Pybus Public Market taking 1st place in KING TV’s Evening Magazine “Best Farmers Market” in their Best Northwest Escapes contest.

Filed under
Business
Explore
Tourism
Back to Blog