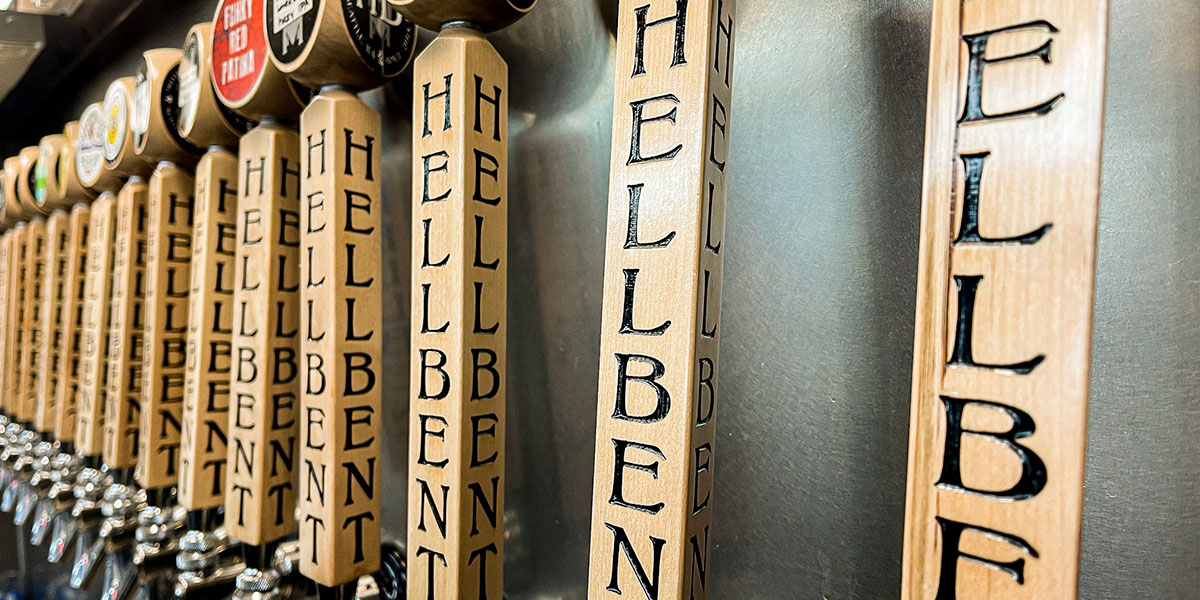 Hellbent Brewing Company opened in 2015. The four founders were, as taproom manager Stephanie Embernate put it, quite literally hellbent on making it work. While perfecting their beers over the past seven years, the team was on the lookout for a new taproom and with Randy and Stephanie Embernate wanting to move closer to their roots (Stephanie is from the area), Wenatchee was the place to be.

“Growing up here really does make you appreciate this community differently, and now getting to raise our own kids here has been such a blessing to us. Along with bringing great beer, food and a fun family and friends vibe, we are also just so excited to be able to have a little bit of a voice here and try to help bring the community together,” said Stephanie Embernate. During the holiday season, the taproom put on a cookie decorating and gift drive event that benefitted Orchard Middle School. She hopes to make the drive an annual event and reach more kids and families each year.

From a crisp golden ale to a floral jasmine wheat, Hellbent has something for everyone. Their Funky Red Patina is an amber ale that won gold at the Washington Beer Awards in 2019. Among Embernate’s favorites right now are their newest addition, the Oregon Hops IPA and the Moon Tower Stout.The taproom also has a menu of slightly-elevated pub fare with some Hawaiian/Pacific Rim influence from Randy’s family. Stephanie says her favorite item on the menu is the French Dip. "I will confidently say it's the best French Dip I've ever had. Our fresh baked-to-order chocolate chip cookie served with Tillamook Ice Cream is another favorite that can't go unmentioned.”

The team at Hellbent is hoping to have the patio up and running in the coming months, so make sure to check it out! Join the mug club, grab a bite and a brew and see what else is going on at the taproom on the Hellbent Brewing Company website: http://taproomby.hellbentbrewingcompany.com/