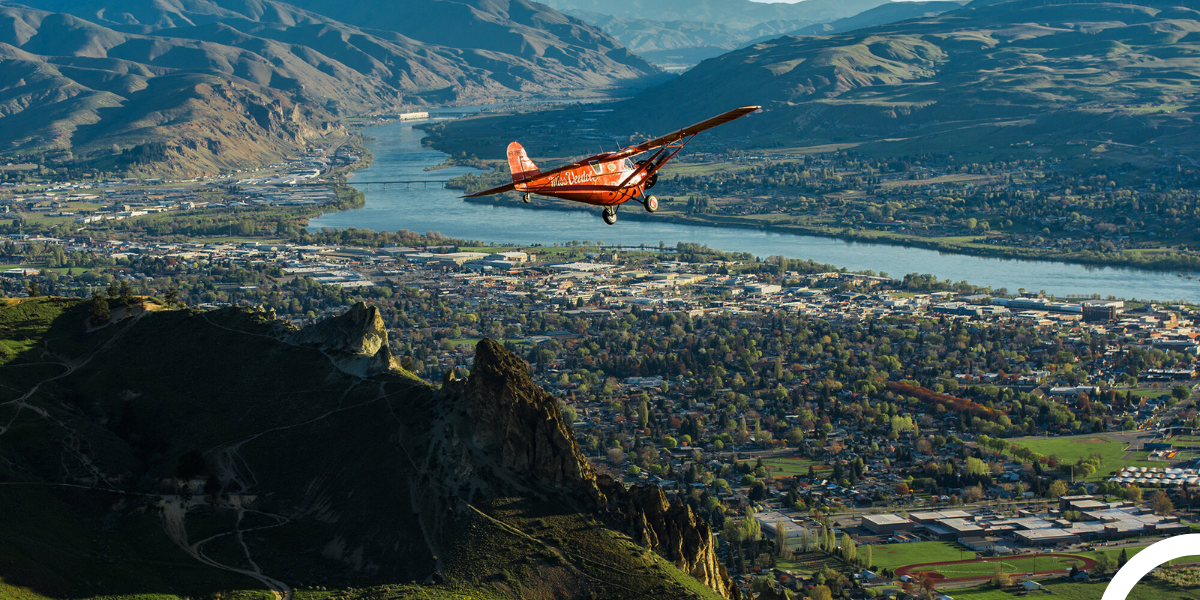 Did you know Wenatchee has a connection to a piece of aviation history almost a century old? The first non-stop, transPacific flight took place on October 3, 1931, when Clyde Pangborn and Hugh Herndon left Sabishiro Beach in Misawa, Japan, to fly Miss Veedol across the ocean. They crash-landed on the bluffs above East Wenatchee after 41 hours in the air.

In honor of this historic flight, the Wenatchee airport was named Pangborn Memorial Airport, Misawa became Wenatchee’s sister city in Japan, and Pangborn’s Festival of Flight was created to celebrate the area’s aviation history!

On August 6 at Pangborn Airport, Chelan Douglas Regional Port Authority and the city of East Wenatchee will hold the first annual Festival of Flight. Exhibitors will showcase Japanese creative arts and activities, and performances include a drum group and a karate demonstration. Vendors will be selling classic summer bites, like hot dogs and shaved ice.

Not only can you learn about planes and the history of Pangborn at the event, but you will have the opportunity to check out a U.S. Army Bomber plane yourself. B-17 and B-25 bombers built in 1944 will be flown into Wenatchee to offer tours and rides from August 2-7. The B-25 “Maid in the Shade” bomber is just one of 34 still flying! A replica of Miss Veedol, called The Spirit of Wenatchee, will also be on display and a video of the history of the event will be shown. The original Miss Veedol disappeared with her crew on a flight in 1932.

Aviation-enthusiasts and Japanese culture enthusiasts alike will find something to love at the Pangborn Festival of Flight. To learn more about the event and register for plane tours and rides, check out the event page: https://www.eastwenatcheewa.gov/346/Pangborns-Festival-of-Flight.

Filed under
Enrich
Family Time In Wenatchee
Community
Back to Blog