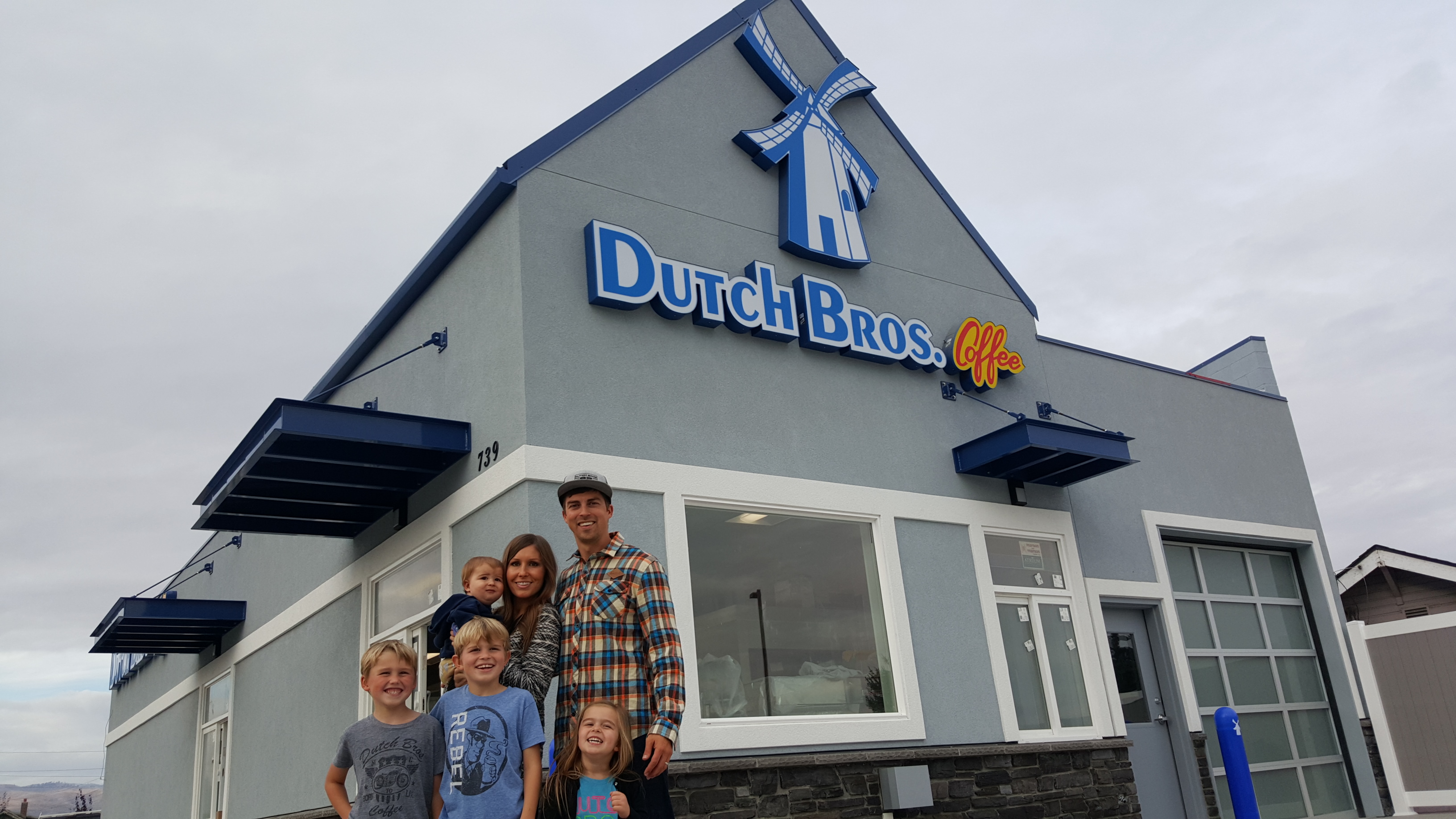 The Wenatchee Valley is fortunate to enjoy three local Dutch Bros coffee stands that are owned by an individual who has had close ties to the original “brothers” from the start. Jimmy Crocker grew up outside of Grants Pass, Oregon, the birthplace of the Dutch Bros coffee franchise, and found himself rubbing shoulders with Dane and Travis Boersma, the original “Dutch Brothers” as a barista out of high school. The Dutch Bros culture quickly captivated Crocker and empowered him to live a more confident, authentic life, ultimately inspiring him to move his young family, including his wife Danielle, a longtime Dutch Bros employee herself, to a completely new location to open their own franchise.Crocker will tell you that the beginning stages of opening their own business in Wenatchee were a challenge, yet the steady encouragement from Danielle, along with guidance he received from his mentors within the larger Dutch Bros community, gave him the courage and resilience to remain steadfast in the face of the uncertainties that come with opening a new business. By embracing the idea of his business being equally relational as it is product-driven, Crocker has cultivated a working environment for his employees that encourages them to be the best and most true versions of themselves, allowing them to offer some authenticity along with their signature beverages.His investment into the lives of his employees, coupled with an emphasis on consistency in both product and service, are key things Crocker believes have helped him prosper as a business owner. He is also deeply grateful to his wife, crediting her with the love and support it took for him to emerge as an effective leader within their business. With the recent opening of a third Wenatchee Valley Dutch Bros location, it seems that the success of Crocker’s take on the Dutch Bros business model speaks for itself. These wildly popular coffee stands have made a unique mark on the Wenatchee Valley, offering residents a vibrant take on drive-thru coffee.